The first trailer for Adrian Lyne’s psychological thriller “Deep Water” has arrived ahead of its straight to streaming release on Hulu on March 18th.

The project marks “Flashdance” and “Jacob’s Ladder” director Lyne’s first film in twenty years and follows in the wake of multiple ‘fidelity thrillers’ he made including “9 1/2 Weeks,” “Fatal Attraction,” “Indecent Proposal” and his last film “Unfaithful”.

Based on the novel by “The Talented Mr. Ripley” and “Strangers on a Train” author Patricia Highsmith, the movie stars Ben Affleck and Ana De Armas as a married couple who play twisted mind games with each other. 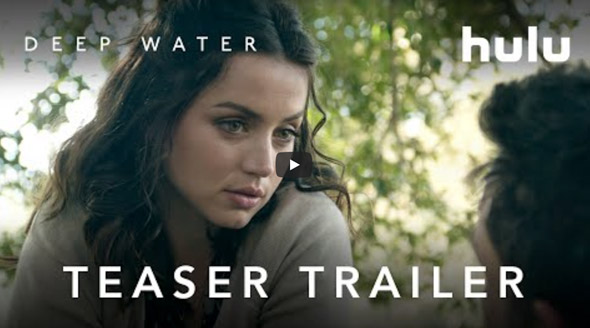