Peacock has premiered the new full trailer for the Kevin Bacon-led bigotry-themed slasher film “They/Them” premiering on the service on August 5th.

The horror tale unfolds at a gay conversion camp run by Owen Whistler (Bacon) who aims to ‘cure’ LGBTQ+ teenagers of their sexual and gender identities over a week-long course.

As the camp’s methods to ‘turn these kids straight’ become increasingly psychologically unsettling and cruel, the queer and trans campers must work together for protection against a mysterious killer who starts claiming victims.

“Skyfall” scribe and “Penny Dreadful” creator John Logan writes and makes his directorial debut on the film which Jason Blum and Michael Aguilar are producing. 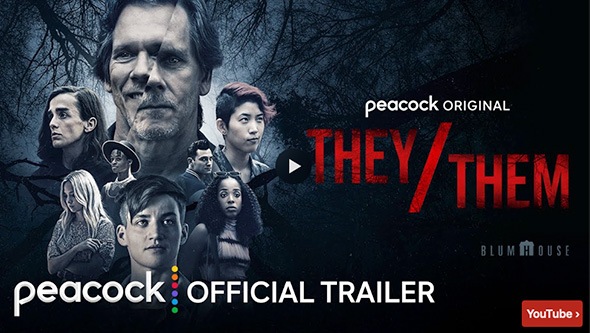